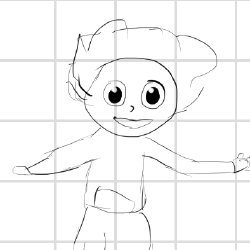 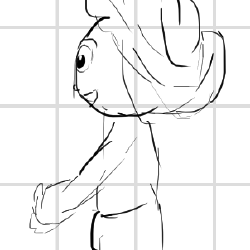 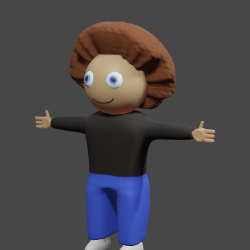 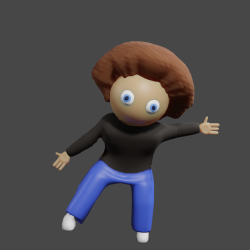 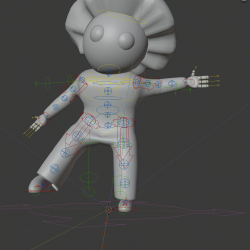 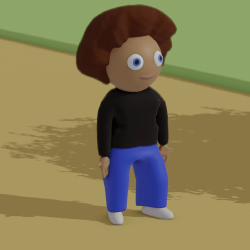 After I made the bot characters, I wanted to try to make a stylized human character. I drew a few different characters and decided to start with this character I called “Speedster”. Making the character wasn’t too bad since I made it pretty simple. Rigging the character for animation was much harder.

This time I tried to use the built-in support for automatically creating rigs for a character. It seems very powerful but also complex. It created a rig that I had no idea how to use. I tried to do some animation but it didn’t look natural. As another animation experiment, I tried to use Mixamo. Mixamo provides pre-done animations that can be applied to any human-like model. That worked shockingly well.

I learned a lot while doing this but I also realized human characters are way too hard for me at this level.