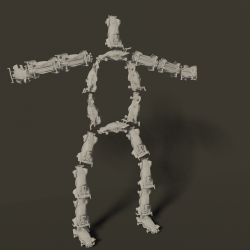 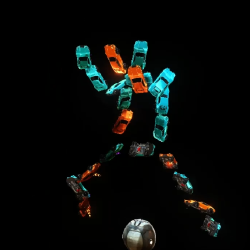 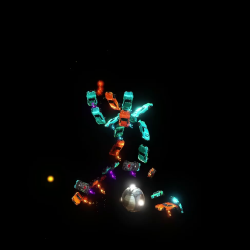 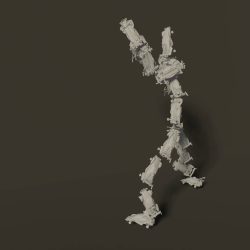 I was considering participating in Rocket League Airshow 2 where people program cars in the game Rocket League to fly around and do tricks and create a video out of that. My idea was to use cars to make a shape of a person doing things.

Here were the high-level steps for doing this:

In the end, I decided not to do the airshow because I thought making a whole video was something I didn’t feel excited about. I still enjoyed the process. I learned a lot about the constraints system while doing the work. Also got more comfortable with writing plugins for Blender.